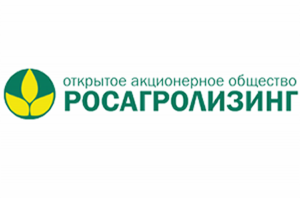 Rosagroleasing company- State leasing company founded in 2001 to meet the challenges assigned by the Russian Government in the matter of technological modernization of the domestic Agro-Industrial Sector.

The company's activity aims at performance targets of the State Agriculture Development Programme and regulation of agricultural markets,raw materials and food supplies during 2013-2020 and the Doctrine of the Russian food supply security. The charter capital of Rosagroleasing is more than 83 billion rubles, The Russian Government owns 99,99% shares of this company.

The range of leasing items offered by Rosagroleasing is more than 5 000 and the total number of companies manufacturing and supplying agricultural means of production for domestic farmers by the Federal leasing system is approaching to 100.

During the period 2012-2015 there were supplied more than 75 thousand units of agricaltural equipment (that is capable of handling more than 17,7 million ha of farmland and harvest with an area over 16,6 million ha).

Over the years of work Rosagroleasing has formed a high level of competence in the issues of effective investment and leasing equipment use, their work achievements confirm the feasibility of further use of Federal leasing in the development of the Agro-Industrial Sector, implementation of new technologies in agricultural industry.